Well folks the new year is here.  Happy 2013 everyone.  I have to say I got to celebrate the New Years holiday in great fashion.  After spending a quiet Christmas holiday at home here in Malta, Melissa and I jetted off to Paris for the New Year.  I have to say that although this was my third time visiting, it just never gets old.  I LOVE, LOVE, LOVE Paris!  Did I mention I LOVE Paris?!?!?!
Paris is that city that people either love or hate, there really is no in-between.  I am on the love end of the spectrum and I proudly admit it.  Paris is one of the big cities of Europe that manages to still take your breath away because it is, simply put, amazing.  From the architecture to the feeling and vibe you get when there, there really is nothing like it.  Old mixed with new, history, beauty...it is just a place that you can't help but be in awe of.

The weather was mild in Paris for December/January, albeit a bit on the rainy side, but that did not dampen the trip one bit, even in the rain, Paris is beautiful!  We got to check out the key sites...Eiffel Tower, Notre Dame, Louvre, Sacre Coeur, ChampsÉlysées, and wander about some amazing neighborhoods.  It was a particularly fun trip because it was Melissa's first time visiting so I got to play tour guide, I got to meet up with my friend, Kara, as she was visiting the city with her boyfriend and we haven't seen each other since I left for Malta so it was really nice to see someone from home.  The hotel we stayed in is run by someone who helped plan my previous trip to Paris in 2011 for my sister's bachelorette weekend so it was like visiting a friend in Paris.  She and her staff took great care of us and that is the reason why we chose to stay there in the first place.

I am totally promoting here but simply because it is worth the recognition.  If you plan on visiting Paris any time soon, I HIGHLY recommend Hotel Le Six in the Monteparnasse area, 6th District.  Anne, the Hotel Managing Director is the most amazing person.  She was at a previous hotel when I was in Paris for my sister's trip and has since moved on to this luxury boutique hotel and I honestly would not stay anywhere else.  She goes above and beyond her call of duty and has a staff that does the same.  So friendly, so helpful, so pleasant and the hotel is beautiful and in one of the best areas to stay in Paris.  We got to enjoy VIP service, complimentary room service, complimentary Champagne and Hors d’Oeuvres on New Years Eve and they managed to arrange an elaborate and amazing New Years Eve dinner at my now favorite restaurant in Paris...C'est Mon Plaisir (yes I am promoting again). My friend Kara is a vegetarian and not only did the hotel make the reservation literally the day before, but also took care of contacting the restaurant to see what could be done about accommodating her food needs....now it was New Years Eve, price fixe menu and she was able to have her own customized menu...who does that...on such a major holiday as well...well C'est Mon Plaisir does.  It was not only my best meal in Paris but one of the best meals I have ever had in my life...period!  I got to ring in the New Year with friends, enjoying a great 7-course meal, good wine and hilarious music (they played It's the Final Countdown AFTER it hit midnight-HA!).  HAPPY NEW YEAR INDEED!!!

Now for the highlights:
Along with the amazing 7-course New Years Eve Dinner, there were some pretty special moments during the trip as the one thing I love about Paris is that there has always been something new to do and discover with every visit, like... 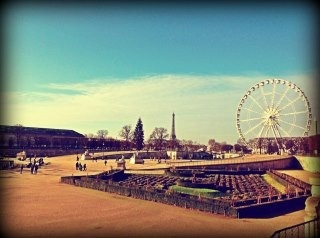 There never seems to be a dull moment when in Paris and that is just the way I like it!  It is a magical city and a city I will never stop visiting because I am truly in love with it, possibly the one European city I wish I could live in but since I can't, going back every so often will have to do and I am definitely ok with that!

Thought it would be nice to bring some Paris twinkle to your lives...HAPPY NEW YEAR/BONNE ANNÉE! 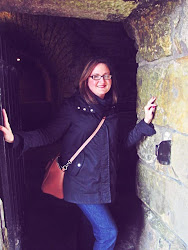